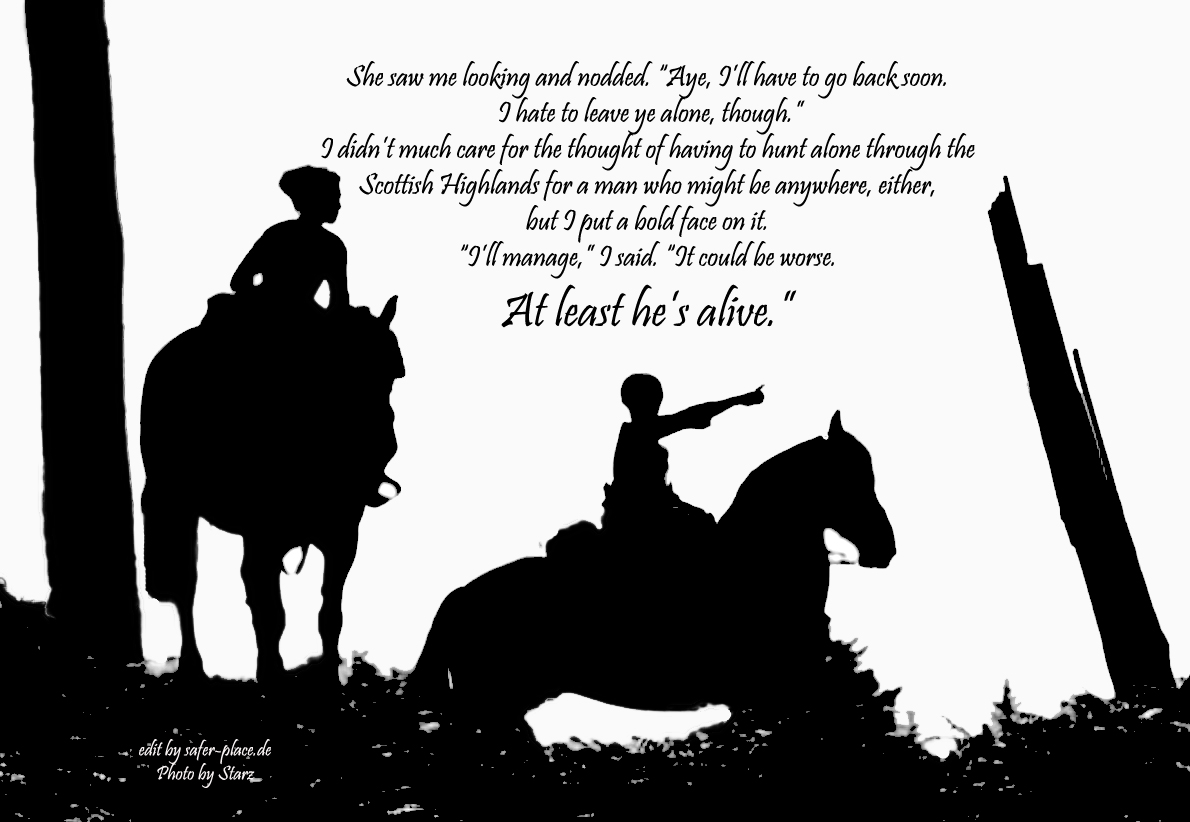 The Whole Scene:
Sure enough, a broad track of crushed brown fern led up the side of the hill and dis­ap­peared into a thick clump of heather. Cir­cling around this point turned up no fur­ther evi­dence, nor did call­ing pro­duce any answer.
“He’ll be gone,” Jen­ny said, sit­ting down on a log and fan­ning her­self. I thought she looked pale, and real­ized that kid­nap­ping and threat­en­ing armed men was no pur­suit for a woman who had giv­en birth less than a week before.
“Jen­ny,” I said, “you have to go back. Besides, he might go back to Lallybroch.”
She shook her head. “No, that he would­na. What­ev­er Mac­Don­ald told us, they’re no like­ly to give up so easy, not with a reward at hand. If they have­na hunt­ed him down yet, it’s because they couldn’t. But they’ll have sent some­one back to keep an eye on the farm, just in case. No, that’s the one place he would­na go.” She pulled at the neck of her gown. The day was cold, but she was sweat­ing slight­ly, and I could see grow­ing dark stains on the bosom of her dress, from leak­ing milk.
She saw me look­ing and nod­ded. “Aye, I’ll have to go back soon. Mrs. Crook’s nurs­ing the lassie wi’ goat’s milk and sug­ar water, but she can­na do with­out me much longer, nor me with­out her. I hate to leave ye alone, though.”
I didn’t much care for the thought of hav­ing to hunt alone through the Scot­tish High­lands for a man who might be any­where, either, but I put a bold face on it.
“I’ll man­age,” I said. “It could be worse. At least he’s alive.”
“True.” She glanced at the sun, low over the hori­zon. “I’ll stay wi’ ye through the night, at least.”

Not in the Book but a wonderful Moment in the Show 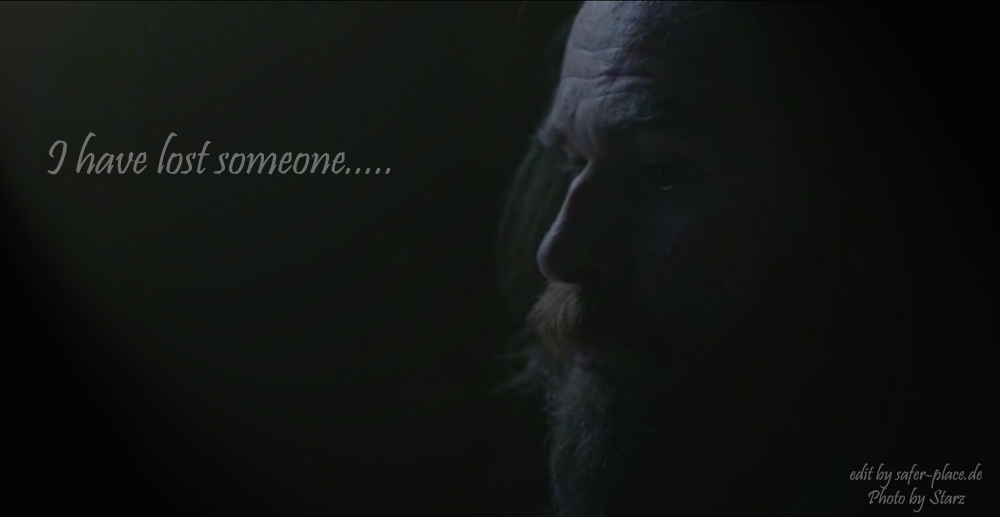