This is Part IV of the heart­brea­king Scene from DiA,  Part I is Rare Woman, Part II is Cease to exist and Part III is Lon­ger than that 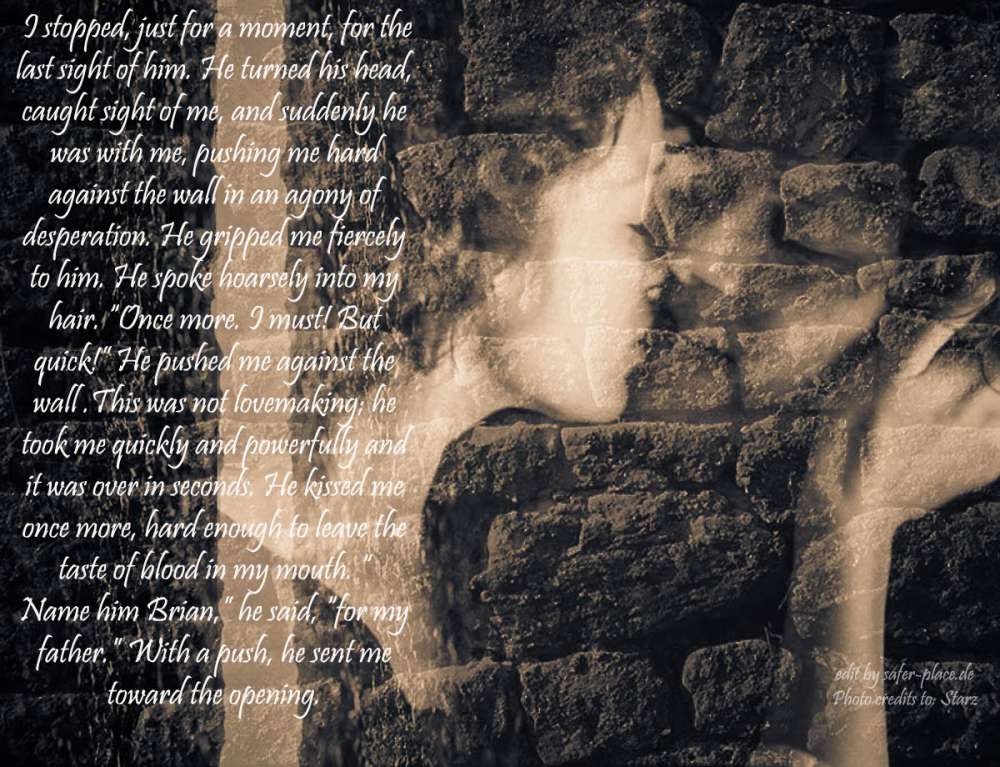 I ran toward the open­ing in the wall, heart in my throat, as he turned back to the door­way, hand on his sword. I stopped, just for a moment, for the last sight of him. He turned his head, caught sight of me, and sud­den­ly he was with me, push­ing me hard against the wall in an agony of des­per­a­tion. He gripped me fierce­ly to him. I could feel his erec­tion press­ing into my stom­ach and the hilt of his dag­ger dug into my side.He spoke hoarse­ly into my hair. “Once more. I must! But quick!” He pushed me against the wall and I scrab­bled up my skirts as he raised his kilts. This was not love­mak­ing; he took me quick­ly and pow­er­ful­ly and it was over in sec­onds. The voic­es were near­er; only a hun­dred yards away.He kissed me once more, hard enough to leave the taste of blood in my mouth. “Name him Bri­an,” he said, “for my father.” With a push, he sent me toward the opening.